Changing the landscape of urban transport

CHECK OUT OUR ELECTRIC SCOOTER CATEGORIES BELOW

Is There Such a Thing as a Real Hoverboard?

The simple answer is yes…and no. A real hoverboard does exist, just not in the form you expected. If you’re picturing a pink and green floating skateboard without wheels as promised by Back to the Future, then prepare to have your hopes dashed. Whilst many companies have tried to master the technology needed to produce boards that levitate above the ground, no one can do it for a price reasonable enough to mass produce.

Some have tried and some have failed. Folks such as Hendo, who back in 2014, started a campaign to make a real hoverboard. But after racking up more than $500,000 from Kickstarter, they couldn’t even produce one legitimate board and the project was scrapped.

There have been some major advances in technology between then and now, but it’s best to leave the innovation up to the professionals. Buying a prototype for these models can set you back as much as $45,000 and even these can’t float on just any old road. It needs a specific magnetic track in order for it to work. For now though, we have an exciting and affordable alternative!

You might have seen them on TikTok, Instagram or any number of social media platforms. Practically everyone is riding them, from celebrities to influencers and even grandparents! They are essentially two wheeled self-balancing boards that respond to shifts in weight to take you where you want to go.

Crucial to the whole operation is the balancing feature inside the machine. Without this, riding one would be like walking a tightrope! Inside the device you’ll find an intelligent system of sensors and motors which receive signals such as shifts in weight and interpret them to change your direction and speed.

The body is made up of a central frame which surrounds a pivot point. It’s this pivot which allow the board to rotate and move. The logic boards are the brains of the operation and interpret the signals sent by the infrared sensors. You’ve also got a pair of gyroscopes and electric motors which power the whole thing.

A real hoverboard runs on electricity so you’re going to have to charge it. Fortunately, it’s as easy as plugging the charging unit into the wall, letting it charge up and you’re good to go. 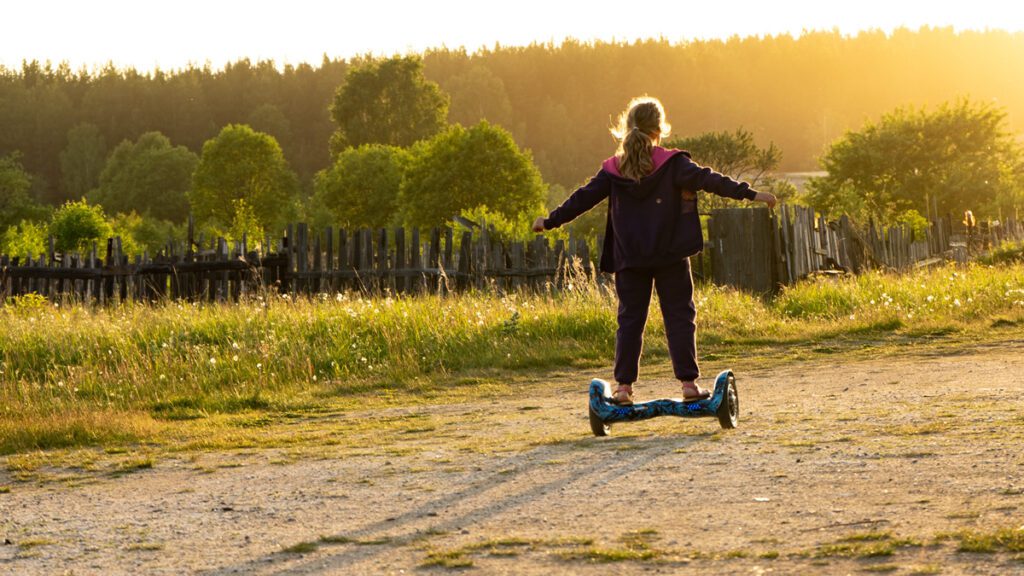 What Makes a Good Hoverboard?

In the experimental stage of this new product, a lot of hoverboards were reported as a fire risk. This was due to the volatility in the lithium-ion battery, which when pushed to the limit at high speeds would occasionally combust. In response to these reports, a UL certification was established to guarantee hoverboard users an adequate safety rating.

Because of this we can now ride around our homes and neighbourhoods free from the worry that the technology under our feet might malfunction. This guarantee offers riders the confidence and certainty to ride where they like, how they like and when they like. To make sure the hoverboard you buy is safe, always check for this UL certification.

There’s No Need to Overspend on a Real Hoverboard.

As we said, there’s no need to blow a casual $45,000 in an attempt to get your hands (or feet) on a hoverboard. Most models on the market you can find for an affordable price, starting at around $100. The most you’d look to pay for a basic model is around $600, $700 if it’s made of premium quality materials and offering some real funky features. As a general rule, you get what you pay for so keep price in mind when deciding what to invest in.

What do I use a Hoverboard for?

That’s a really good question and the answer is that it’s different for everyone. Some might use it to commute to work or around the office, whilst others might keep it simply for home use. How you use it will impact the range and battery life you’ll need when purchasing your model. If you plan on travelling longer distances, make sure you get a hoverboard that has a long battery life and plenty of range.

So, can you go out and grab a hoverboard reminiscent of the one in Back to the Future? Unfortunately, that’s still a no, but hoverboards are out there for people like you and me! Simply visit our online store and look around to find the perfect real hoverboard for you.

“Practically everyone is riding on them from celebrities to influencers and even grandparents!”

It might seem like an oxymoron, a one wheeled Skateboard, but you’d be sorely mistaken if you wrote off this invention as a passing fad. There’s every chance the one…

Electric skateboarding is exploding in popularity all over the world. From tradies to accountants, all kinds of folk are jumping on skateboards to optimize their enjoyment and re-live their childhood…

Electric skateboarding is gaining some serious traction as a pastime all over the world. Commuters, adrenaline junkies, and even urban explorers are turning to skateboards to optimize their enjoyment and…

Electric hoverboards, also known by some as self-balancing scooters, have taken Australia by storm over the past few years. They’ve been seen everywhere, from under the Christmas trees of families,…

With a wide range of models and scooter types, Razor electric scooters are perfect for riders of all ages and abilities. Due to their origin as a recreational scooter brand,…